Share a memory
Obituary & Services
Tribute Wall
Read more about the life story of Donald and share your memory.

Donald E. Meske, 90, formerly of Berwick, went to be with his Lord and Savior on Friday, January 13, 2023 at Providence Place Senior Living of Drums.  Born in Keego Harbor, Michigan, he was a son of the late Hugo and Bina (Sailers) Meske.  He and his wife, the former Hazel G. “Bunni” Gordon, celebrated their 70th anniversary on June 7, 2022.

Don attended Oscoda, MI schools.  He served his country during the Korean Conflict in the Army from 1952-1954.  After working for Andersen Coach, MI, and Ambassador Homes, Pittston, PA, Don began DeLuxe Homes of PA, Inc. in Berwick in 1965 and Donald E. Meske Enterprises, Inc. in 1973.  He retired from the building business in 2018.

Don fished for halibut and salmon in Alaska, but his favorite activity was Michigan fishing with his brother-in-law, Roger.  Don was a lover of “toys.”  He rode an Indian Motorcycle as a teenager.  He owned and piloted a Cessna airplane.  Don drove his motorhome to Alaska for fishing and hunting adventures and he owned various boats, tractors, and machinery over the years.  Don was a member of the Elks, NRA, and Safari Club International, serving as president of the Lehigh Valley Chapter of SCI from 2001-2003.  Don also enjoyed making peanut butter Easter eggs with his church friends.

Along with his parents, Don was preceded in death by a son, Donald E., Jr. and brothers, Ted, Charles, and Harold, and sister-in-law, Sherry Meske.

The funeral service will be held at 3 PM on Friday, January 20, 2023 at the Mifflinville United Methodist Church, 4th and Market Street, Mifflinville.  Reverend Joseph Yorks will officiate.  The family will receive friends from 1 PM until the time of the service.  Private interment services for the family will be held at a later date.  In lieu of flowers, the family asks that memorial contributions be made to SCI (Safari Club International Veterans Hunting Programs) or Hunting With Heroes Wyoming, P.O. Box 51736, Casper, Wyoming 82605.  The family would like to thank the patient and kind staff of Providence Place Senior Living of Drums and the Compassus Hospice staff for the care given to our father.  The Kelchner, McMichael & Readler Funeral Home, Inc. is honored to serve the Meske family.  Online messages of comfort and support can be left at www.kelchnerfuneralhome.com.

To send flowers to the family or plant a tree in memory of Donald E. Meske, please visit our floral store. 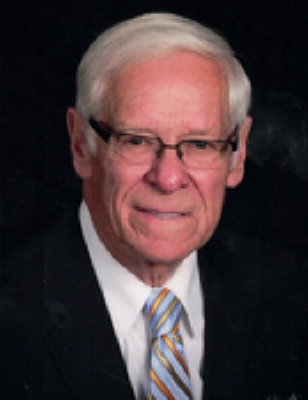